Would the powers that be consider you trust-worthy? The Central Leading Group for Comprehensively Deepening Reforms (in China) laid out a plan (2014-2020) for rating its citizens using algorithms. In the plan it is said that the citizen social credit ratings will “allow the trustworthy to roam everywhere under heaven while making it hard for the discredited to take a single step.”

Essentially the plan is to rank all citizens (for the moment in China, only) according to their reputation. Poor rankings will limit access to purchasing flights, high speed rail tickets or international travel, engaging in the economy, access to schools and colleges and even luxury hotel rooms. High rankings will give you discounts on household bills, like heating, and access to favourable bank loan terms. You will be fast tracked for certain jobs if you are a high flyer in terms of social credits. You will have access to better public health insurance. You will even gain more matches on online dating sites!

(''Civilised Familes'' in one of the pilot test areas get their members photos on public billboards. Rongcheng, China, 2018)

The algorithm factors in your online searches, and online habits such as gambling or playing video games. You will be classified as idle if you play too many hours of computer games. It factors in your education level. Your spending habits feed into the algorithm. Did you pay your phone bill on time? Political opinions expressed online and allegiances formed will go towards determining your score. The books you download, purchase online or borrow from the library will be assessed as part of your trustworthiness. The scheme is piecemeal now but will be mandatory soon - after 2020 citizens cannot opt out.

Who are your friends? Where do you hang out? What are your opinions? It all feeds into the citizen ranking.

Everyone starts with 1000 points. And then the game begins. Get a traffic ticket, you lose 5 points. Obstruct a footpath or even ''loiter'', and you lose some more. Donate to charity, you gain 5 points. Drink driving plummets your score. Doing some state-recognised heroic act adds super bonus points. Illegally spreading religious ideas or annoying the authorities by petitioning them for help means lots of points lost. Smoke a cigarette in a non-designated area - you lose. Posting ''fake news'' is another black mark against you. Not visiting your elderly parents or not properly sorting your recycling bins lose you points. Sharing ''"positive energy" online, nice messages about the government or how well the country's economy is doing, will make your score go up.'' (Source)

Mr Zhang, deputy director of the China’s National Development and Reform Commission, says of the rating system, it will "increase the intensity of joint rewards and punishments so that dishonest people will be punished and the faithful will be motivated". The guiding motto is  “once untrustworthy, always (and everywhere) restricted”.

Thus far up to 12 million people in China have been banned from travelling due to low social credit rankings. Eventually low rankers will have slower internet speeds, less access to social amenities such as restaurants, night clubs, holiday areas, golf club, no access to jobs in the civil service or jouranlism. Only good obedient citizens will be allowed. 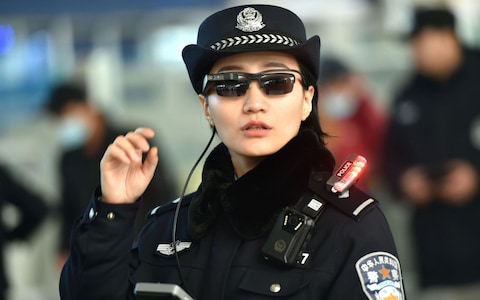 Ai Weiwei is a dissident Chinese artist. He says of the Social Credit System ~  “I think, if they had a machine, my score would break it, I’m totally poison to that type of society. My case is so far beyond acceptable. By controlling the population, over 60 or 70 years, they’ve already trained this whole society to behave in this ridiculous way, and to accept it. It’s like some kind of syndrome between the trainer and trainee. They’re perfectly a pair; they deserve each other.”

Side note - some suggest that the burgeoning Internet of Things, and schemes like Basic Income Allowance (resulting from jobs lost as a result of technology), perhaps even cryptocurrencies etc., will eventually form an effective citizens social credit system operating globally.