May I read you a few lines from Tolstoy’s War and Peace?
When Boris entered the room, Prince Andrey was listening to an old general, wearing his decorations, who was reporting s

Why the Modern Mind loves the Future - GK Chesterton 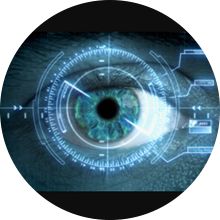 “The modern mind is forced towards the future by a certain sense of fatigue, not unmixed with terror, with which it regards the past. It is propelled towards the coming time; it is, in the exact words of the popular phrase, knocked into the middle

A Quote from Roger Scruton on our Innate Awareness of the Sacred...

From pontifications from on high:
Roger Scruton on Beauty and Desecration:

"The current habit of desecrating beauty suggests that people are as aware as they ever were of the presence of sacred things. Desecration is a kind of defense against the sacr

The others, the mages, the theosophists, the cabalists, the spiritists, the hermetics, the Rosicrucians, remind me, when they are not mere thieves, of children playing and scuffling in a cellar. And if one descends lower yet, into the hole-in-the-wa Is there a meaningful cross-connection between Western Mysticism (conjectured directional force) & Western Civilization (historical cultural inter-play) or do they counter each other, maybe run parrallel independently?  Are certain authors in or out

On The One and Only Transmigration ~ Ananda Coomaraswamy

Putting these extracts in here as Coomaraswamy spent most of his life in the West and was a scholar of comparative religion. These are just some lines from a longer piece which, if interested, one can read in full HERE

Exploring the Heavenly History of Angels in Art

For centuries, angels have graced works of art with their ethereal presence. Appearing as ancient statues and adorning modern murals, these winged figures have becom

Enantiodromia translates as ''running in opposite directions''.

The idea was developed by Heraclitus, but the word was coined a thousand years later by Strobaeus.

The Conversion of Valentin Tomberg

I found this article very interesting, not because I was nodding in agreement the whole way ( I wasn't) but because of the various facets it touches on. Valentin Tomberg wrote the book ''Meditations on the Tarot'' which is an encyclopedic exploration

about: Alexandria, Egypt ... the Library

To Go Beyond Thought ~ Karen Armstrong Parabola: Can you describe the Axial Age and the light it might shed on the difference between thinking and knowing? I realize I’m asking you to traffic in huge generalities here, but it seems to be a pivotal distinction.
KAREN ARMSTRONG: You were s