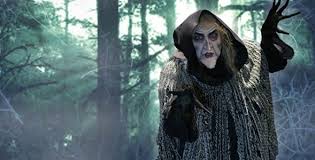 I have decided to encourage the young. Once I wouldn’t have done this, but now I have nothing to lose. The young are not my rivals. Fish are not the rivals of stones.

So I will stand cheering generally, like a blind person at a football game: noise is what is required, waves of it, invigorating yelps to inspire them to greater efforts, and who cares on what side and to what ends?

I don’t mean the very young, those who can still display their midriffs without attracting derision. Boredom’s their armour: to them I’m a voice balloon with nothing in it.

No, it’s the newly conscious young I mean, the ones with ambition and fresh diffidence, those who’ve learned the hard way that reach exceeds grasp nine times out of ten. How disappointed they are! And if and when they succeed for the first time, how anxious it makes them! They develop insomnia, or claustrophobia, or bulemia, or fear of heights. Now they will have to live up to themselves. Bummer.

Here I am, happy to help! I’ll pass round the encouragement, a cookie’s worth for each. There you are, young! What is a big, stupid, clumsy mess like the one you just made — let me rephrase that — what is an understandable human error, but a learning experience? Try again! Follow your dream! You can do it!

What a fine and shining person I am, so much kinder than when I’d just finished being young myself. I was severe then; my standards were exacting. The young — I felt — were allowed to get away with far too much, as I had been. But now I’m generosity itself. Affably I smile and dole.

On second thought, my motives are less pure than they appear. They are murkier. They are lurkier. I catch sight of myself, in that inward eye that is not always the bliss of solitude, and I see that I am dubious. I scuttle from bush to bush, at the edge of the dark woods, peering out. Yoo hoo! Young! Over here! I call, beckoning with my increasingly knobbly forefinger. That’s it. Now here’s a lavish gingerbread house, decorated with your name in lights. Wouldn’t you like to walk into it, claim it as your own, stuff your face on sugary fame? Of course you would!

I won’t fatten them in cages, though. I won’t ply them with poisoned fruit items. I won’t change them into clockwork images or talking shadows. I won’t drain out their life’s blood. They can do all those things for themselves.