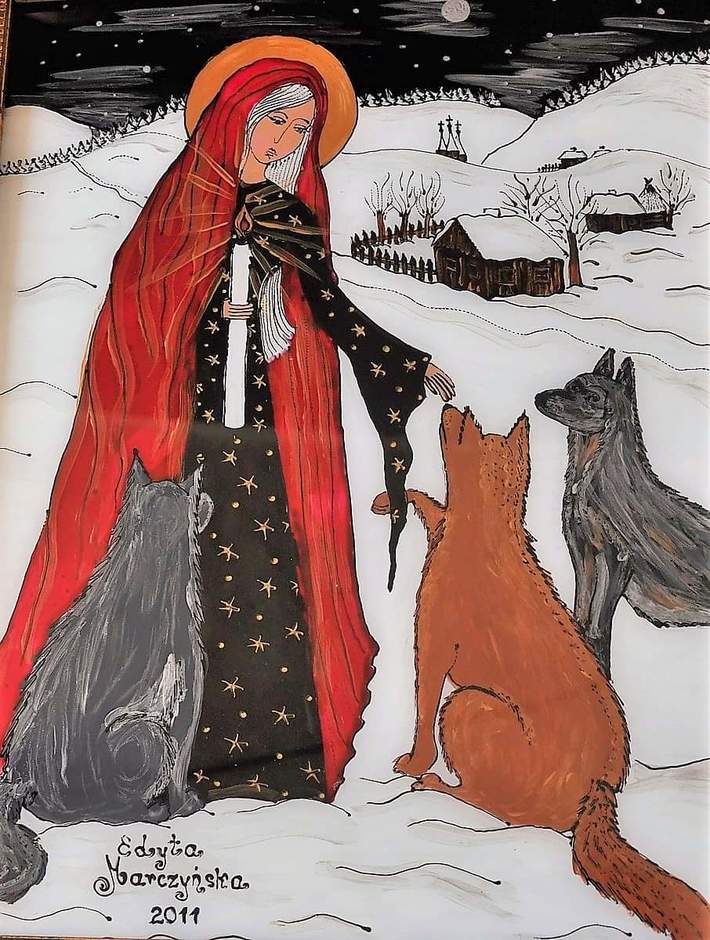 In Bulgarian folklore, 1-3 February is the first of two annual Wolf Holidays, and in some parts of the country they were marked by ritual precautions to protect against wolf attack throughout the year. It was taboo to spin, weave, sew or open scissors, and no clothes are made or mended at this time because such clothes attract wolves.

In the Christian calendar 2 February is Candlemas, the day when the Virgin Mary presented baby Jesus at the temple, and there is a popular Bulgarian legend about an encounter between Trifon Zarezan, the patron saint of vineyards, and Mary (“bogoroditsa” - the mother of god) on this day.

But in some parts of Bulgaria 2 February is also known as the Winter Mother of God or the Wolf Mother of God. She is the patroness of pregnancy and childbirth.

The Bulgarian beliefs and tradition associated with this day contain echoes of the ancient Roman festival of Lupercalia on 15 February. There are also parallels with the Polish Matki Boskiej Gromnicznej, the Mother of God of the Thunder Candle, who is celebrated at Candlemas and is also associated with wolves, as well as with the Irish St Brigid.

In some regions the three days from 1-3 February (Julian calendar) are called the Trifontsi, after Trifon Zarezan, and on 1 February there was a ritual pruning of the vines (now usually carried out on 14 February, new Gregorian calendar). St Trifon and the traditions associated with him have their roots in ancient Thracian times and the rites of the wild wine-loving god Dionysus.

Wolves, mothers, vines, Christian saints, Dionysus, Lupercalia – there are many mythological layers associated with this period!