I read this article today and enjoyed it.

Here is an extract. 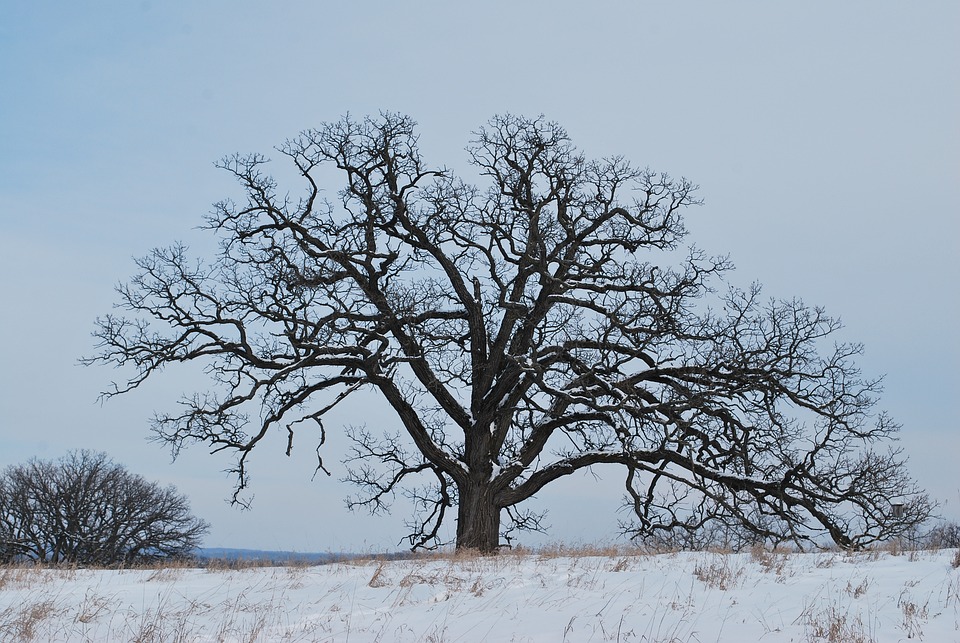 As druids know, the term “druid” is commonly translated “oak knowledge”, “oak-knower” or “oak-seer” referring to the fact that druids had knowledge of the oaks (and as oaks are a pinnacle species, therefore, druids had knowledge of the broader landscape) or perhaps, understood oaks on the inner and outer planes.  In the druid tradition, oak is tied to that same ancient symbol of the druid possessing strength, knowledge, and wisdom.  Through taking on the term druid, we bring the power and strength of the oak int our lives and tradition.  We don’t have a lot of surviving information about the Ancient Druids and their rituals, but one of the most famous was described by Pliny the Elder describes the druids as “magicians” who “hold nothing more sacred than mistletoe and a tree on which it is growing, provided it is a hard-timbered oak….mistletoe is rare and when found it is gathered with great ceremony, and particularly on the sixth day of the moon.”  The ritual is that two white bulls are brought, a white-clad priest climbs the oak tree and cuts the mistletoe with a golden sickle, and then they sacrifice the bulls and pray.  This mistletoe, growing on the oak, was said to be the most powerful medicine, curing all poisons and allowing an infertile animal to reproduce.  Pliny notes that druids performed all of their rites in sacred oak groves; when the druids were destroyed, the Romans cut all of their sacred oak groves down.  You can imagine what those ancient groves must have been like when you encounter even a single ancient oak tree–majesty and presence.

In the Encyclopedia of Natural Magic, John Michael Greer notes that oak is a tree of power you can use it to direct and channel high levels of energy., particularly earth magic or weather magic.  He suggests that the oak is the “most powerful of trees in Northern European tree magic.”

In the American Hoodoo tradition, Cat Yronwode describes in Hoodoo Herb and Root Magic that Oak (especially Quercus Alba) can be brewed into a tea and then added to a bath to remove jinxes; usually, a rootworker will also rub the client vigorously downward and pray as part of this removal.  She also notes that oak and mistletoe are burned together to smoke jinxed people or to remove unsettled spirits or ghosts from a house/place of business (I wonder if this oak and mistletoe combination ties back to the ancient druids? Most certainly!).  She also notes that oak galls increase the power of any herbal blend for any magical purpose; it can be carried or brewed into a tea for bathing to increase the potency of other workings.

Culpepper’s Herbal notes that the oak is governed by jupiter and that the oak is known to to help resist poison of both “venomous creatures” and those of herbs and plants.

Finally, in alchemical circles, an article by Jean Dubuis titled The Preparation of a Powerful Spagyric Elixir without a Laboratory  also offers some additional insight on the oak (here’s a link to one version).  Dubuis essentially made a vitalizing spagyric tincture of acorn (for those not familiar with spagyrics, spagyrics are plant alchemy and allow you to make powerful, energetic plant medicine made in line with the alignment of the planets using specific techniques.)   This oak elixir is vitalizing, carrying the energies of life.

Primarily, oak is used as an astringent to help tone and firm up lax or leaky tissue.  Of the astringents available in North America, it is one of the most potent.  I was taught by herbalist Jim McDonald to harvest the inner bark of oaks for this purpose, specifically, the oak’s cambium.  This, we dried and made into a tea/toner or into a tincture for internal use.  Matthew Wood in his Earthwise Herbal (Old World Plants) likewise shares that oaks’ astringency is present in any oak tree.  He mentions specifically the usefulness of oak for gum disease/loose gums, varicose veins, and other such lax/goopy conditions in the body.  He also notes that oak can be used mentally just like it is physically.  He writes that Oak, when used as a flower essence, “is the great remedy when the integrity of mind or body has been broken down by long, arduous suffering or usage….persons who struggle against adversity; never give up but never succeed; [oak] helps a person choose the battles they can win” (294-5).

Oak in the Mythology of Native American Peoples

I have already written of the critical importance of oak as a sustaining food for many of the tribes of North America, spanning the whole way from the east to the west coast.

Upton tells a story where the prince of the hares, a trickster, has his feet burned by the sun and then decides to go on a journey.  Finally, he comes to the edge of the world where a cliff of trees stands tall.  He asks the trees what they are good for, and ash, birch, and oak responds.  Oak tells him, “I shelter the great warriors.  I mark the spot for their councils.  From my boughs are made the swift arrow that bring food to the feet of the hunter and carry the death to his enemies.

In an article with a modern Native American elder of both O’odham and Chicano heritage, Dennis Martinez.  In the article Martinez shared a number of features of oaks in the US west coast.  He noted that both red oak and white oak were considered so important to the native peoples of California that they considered the oak the “tree of life” because of its benefits both as food and medicine.  There were many acorn-eating cultures in California up even until the 19th century in the US.

In one of my favorite Senaca legends, the mighty oak stands along with the tribe of the conifers (white pine, hemlock, and the others) to hold his leaves and to wear down the winter and bring spring in again.  Not only does this show the strength of the oak during the winter months (when many other deciduous trees are sleeping) but it also shows the connection of the oak to longevity and power.

A Sioux legend, The Man and the Oak, tells a story of a young woman who is taken in by a chief’s family.  She falls in love with the chief’s son, but since she is now a member of the family, it is not permissible.  The young woman sneaks into the son’s tent for several nights, and in attempting to see her face by stoking a fire, accidentally burns her.  He is so distraught that he goes under an oak tree and stays there all day and into the night.  A small oak tree grows up through him and pins him and he cannot move. The young woman disappeared, and the oak tree is found to be a curse.  A thunder god appears and frees the man of his curse, crumbling the oak tree.

The Magic and Mystery of the Oak in North America

An incredibly consistent image of the oak seems present from the different kinds of literature, mythology, herbal, and magical traditions in both North America and Europe.  Here are three core meanings for the oak: