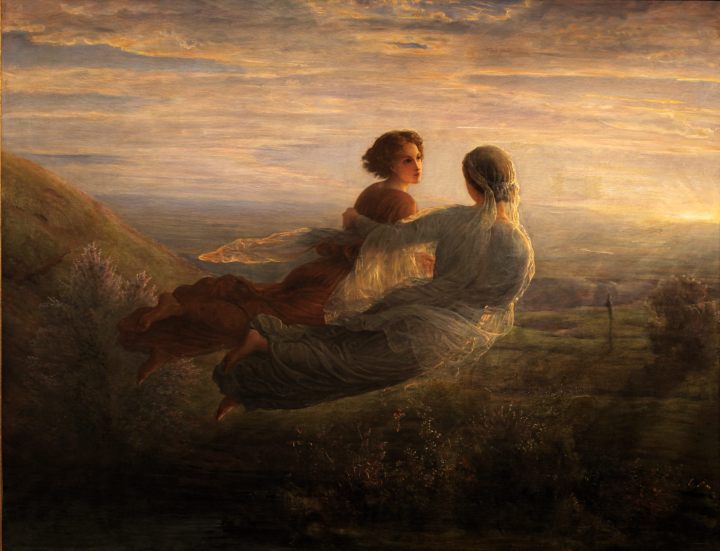 ''The principle point of the Druid's teaching is that the soul does not perish, and that after death it passes from one body into another.'' ~ Julius Caesar, writing about the Celts.

Some say the Druids were following teachings they had picked up from Pythagorus (570 - 495 BC). Pythagorus wrote nothing down and his teachings can only be gleaned from fragments. Although associated now with mathematics, he was originally most famous for being the knower of what was the fate of the soul after death. It is said that once when he saw men beating a puppy he intervened to get them to stop saying ..'' it is the soul of a man who is dear to me, which I recognized, when I heard it yelping.''

In turn, Pythagorus is said to have been an initiate of the mystery schools of Egypt and Babylon (and also previously of the Eleusinian mysteries), and perhaps even a Zoroastrian. Frank Higgins, in Ancient Freemasonry, claims Pythagoras traveled on through Persia to India eventually where he studied in Brahmanical schools in Elephanta and Ellora. (Link to a nice post on Pythagorus). Even if Pythagorus did not go to India, he would have encountered Indian gymnosophists in Persia or Egypt. So, thus Pythagorus may have developed his understanding on transmigration from the Indian tradition, where it has long been an accepted doctrine of faith. Back to details on India in comments. There's a lovely short book I mentioned here  where Peter Kingsley imagines the connection between Eastern and Western thought, via Pythagorus, who was the first sage to use the word philosopher.

Theories of reincarnation occur throughout the world. Almost too many to mention. I will just go through a very few here in this post. Transmigration was there in Greek philosophy, including neo-Platonism, and in early Christianity. In 553 AD reincarnation was declared a Christian heresy at the Second Council of Constantinople. However, ''Cardinal Mercier (1851-1926) of the Roman Catholic Church, an eminent scholar and theologian of the conservative Christian Tradition...(argues that reincarnation)...   “cannot be shown either to be impossible or even to be false” (Link).

“Say, Lord, to me…say, did my infancy succeed another age of mine that died before it? Was it that which I spent within my mother’s womb?…and what before that life again, O God my joy, was I anywhere or in any body?”  ~ Confessions of St. Augustine

Reincarnation seems to have been included in some aspects of Judaism, especially among kabbalists. Gilgul meaning cycle or wheel, relates to transmigration. Having said this reincarnation is not a central tenet of Judaism per se, and is only one of differing explanations for what happens to an immortal soul.

Taoism holds with continuity. '' There is birth, there is death, there is issuing forth, there is entering in.'' ~ Chuang Tzu (3rd century BC) Taoist understanding of reincarnation is slightly different in that they do not seek an exit from the cycles of existence, like the Buddhists do, but rather to flow continuously and enjoy the wonder of nature and life.

“A cluttered mind is the very seed of transmigration. Depending on the karma being planted, we harvest the corresponding transmigration; he who feels corresponds; he who is the cause, becomes the effect. This is the Law of Tao. No man is able to antagonize it. Those who wish to free themselves from Transmigration cycle should become the Tao itself.”

Among Native American tribes, belief in reincarnation is more prominent in Northern areas, right up into the Arctic, and less so in the South and along the Pacific. This has been suggested to be because of the influence of Siberian shamanism (via Inuit) upon northern tribes. In most shamanic traditions the soul consists of parts, some of which incarnate or are reborn, and others of which go to different places, above or below, including back into the earth. 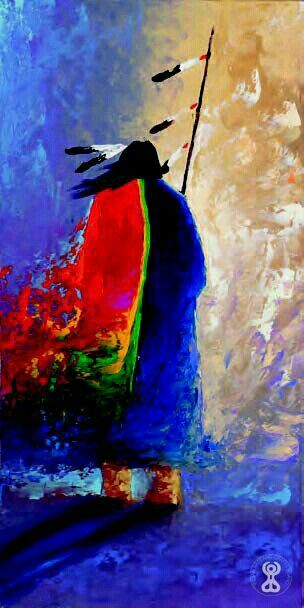 In general Islam does not hold with reincarnation of the soul, although some Sufis lean towards transmigration.

People have often asked me: What does the Sufi say about reincarnation? My silence at times and my 'yes' and 'no' at times have made it vague. Some perhaps thought that I did not believe in it and that if I did not believe, then the Sufis do not believe, naturally. This is not the case. Every Sufi is free to believe what he or she understands as right and what he or she can understand. One is not nailed to any particular belief.

People in the world wish to make things rigid, things which are of the finest nature which words cannot explain. When a person describes the hereafter, it is just like wanting to weigh the soul or photograph the spirit. I personally think that you must be able to realize yourself what the hereafter is. You must not depend upon my words. Self-realization is the aim.

In fact all things are true to a certain point, but when compared with the ultimate truth, they fall short in proving themselves existent. Things appear different from every different plane from which you look at them, and when a person standing on flat earth asks a person standing on top of a mountain, "Do you also believe something?" the person cannot tell much. The questioner must come to the top of the mountain and see.

In truth, these words of Hazrat Inayat Khan would best describe my inner feeling on the question of transmigration or not. At present I do not know, because I am not capable of knowing. That is not to say that some time it may be different.

Being honest, I have no memory of having had past lives. Having said that I can have a clear memory of a vivid dream that I forget five seconds later, so not remembering past lives is of little consequence regarding proof for me. And also being honest I do have memories of atmospheres of places that I could never have been in this life, moments when I am transported to a different place and time. That, however, could be due to my very active imagination which can produce strong sensations. Or it could be actual memories. I don't know.

Later I will include some of my personal evidence for being inclined towards holding faith with transmigration. Still, I will admit it is an article of faith - I cannot say I have definite proof. One thing I often find unusual is that in stories of transmigration the remembered past lives are usually glorious - that of Emperor, Queen, Chief, Captain, and so on, and never of toilet cleaner.

Here I am not exploring the existence or otherwise of an immortal soul. I am presuming there is a soul. Another article of faith. Some theories of reincarnation - for example, the Buddhist theory - do not hold with the existence of a soul (refer to Anatta). Instead, ultimate realisation for Buddhists is of the Non-Self, rather than the Self. Still they hold with reincarnation, believing that impressions (refered to as Skandha) reincarnate. These are like skeins of experience, or impressions made on the consciousness. Having said that the Tibetan Buddhist have an intricately complex theory of reincarnation that seems to involve far more than the transmigration of mere impressions.

So, over time I will use this space to add any explorations that arise within me or in my field of experience regarding transmigration. And I welcome input of thought and experience from others.

Among my personal trove of 'evidence', if it could be called such, for transmigration, is the experience of my children's souls before their conceptions. The oldest appeared not to me but to a yogi in a cave in the Himalayas, where my husband and I were staying. This yogi asked me what i intended to do after I left India and I said I wanted to go to South America. He replied that the spirit of  a child was visible nearby me and would be incarnating very shortly in my body. I laughed at the time as I had no intention of that, but within 6 weeks I was expecting my first child. My second child, my daughter, came to me before conception. She appeared in the form of a very clear, very sweet and feminine voice, asking if she could come now. I had to laugh as it was quite humourous of her, as she must have known that my first child had been quite a bundle of energy and I had held off having more children for a good number of years. So, her question was in the tone of someone who had been patiently waiting but now had one eyebrow raised and her arms crossed. I said yes and she was concieved within hours. My third child, always the honest, open boy, simply announced his imminent arrival as I walked over a bridge that spanned a lake connecting northern and southern Ireland. And his spirit spoke truth. Upon their births each child had so much ''history'' already in their expressions, constitutions, natures and so on, that my children have thus far been my most convincing evidence regarding the immortality and transmigration of souls.